Follow me on Academia.edu A briew review of the genus LUPINUS L.

A briew review of the genus LUPINUS L. 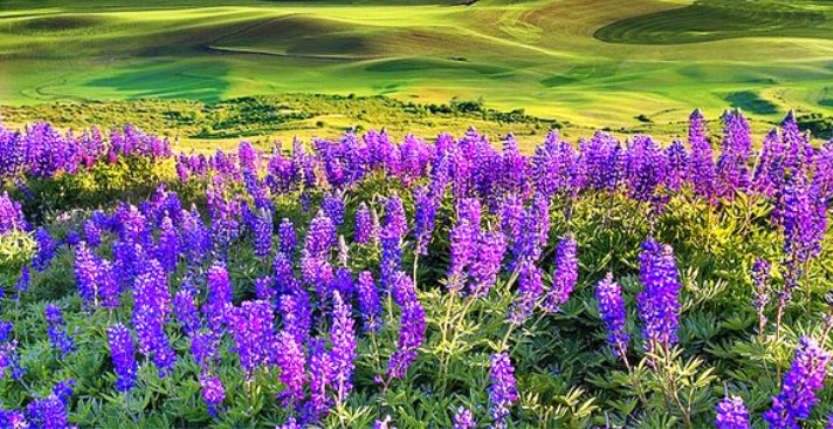 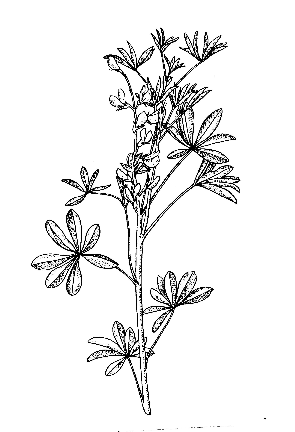 The name of the genus descends from the Latin word “lupus” meaning “the wolf”, which is probably connected with the plant’s palmate leaflets resembling a wolf’s footprint (Palibin, 1945). This genus consists of annual and perennial herbaceous, fruticulose and fruticose species (all biotic plant forms except trees). Lupin has a tap root system. The main root reaches the depth of 1-2 m. The roots, especially the main axis, bear nodule bacteria of Bradyrhizobium sp. (Lupinus) fixing the nitrogen from air and transforming it in the arrested state.

Studies of lupin forms from the New World started later. Lindley (1827, 1837) provided description of the following species of American origin – L. bicolor, L. polyphyllus, L. hartwegii and L. barkeri, – which became quite popular. In 1833‒1859, the works of Bentham (1833, 1835, 1839, 1859) were published. He described a number of species, among which the most known were L. hilarianus, L. hirsutissimus, L. densiflorus and L. pubescens, cultivated as ornamental plants.

As to the characteristics of the above-listed species, Agardh regarded many of them as synonymous or closely related to the already known ones, marking the identity or likeness of their traits. However, in his search for an objective overview of lupin systemization he was hindered by the convictions of other botanists with authority.

Nevertheless, Agardh’s researches were based on a diversity of materials and presented very careful descriptions of plants, so they have exclusive value. His major mistake was complete neglect of the geographic principle. For example, he included in the same tribe of L. lutei, on the one hand, L. luteus which originated in the eastern hemisphere and, on the other hand, the species from the western hemisphere, L. Menziesii Agardh and L. densiflorus Behth. The tribe of L. angustifolii harboured spp. L. angustifolius L. and L. linifolius Roth. together with spp. L. nanus Dougl. and L. leptophylius Benth., notwithstanding different genesis of both pairs. The tribe of L. albi also incorporated lupin forms of both New and Old World’s origin. These circumstances, however, do not deprive Agardh’s monograph of its value; this work of his set up a solid foundation for botanical analysis of the genus Lupinus L. By the end of 1835, that is by the time when Agardh’s monograph was published, about a hundred of different lupin species were reported to have already been described.

During the whole 19th century, as well as in the beginning of the 20th century, new descriptions of different lupin species appeared again and again. Among the most significant achievements worth mentioning are the works of Watson (1871, 1873 and 1890) who managed to present descriptions of 56 lupin species from various areas of the extra-tropical North America. Besides, the genus Lupinus L., and in particular its North-American group of species, was rearranged by Watson (1873) into three parts: Lupinus, Platycarpos and Lupinnelus.

The same classification principle was later, in the studies of Ascherson and Graebner (1906-1910), extended to all lupins from the eastern and western hemispheres. In the early 20th century, this generalized arrangement of lupin diversity was the fullest and most detailed. It is often referred to by modern experts in plant taxonomy. This work recognized the achievements of the previous explorers (Lindley, Agardh, Watson, Boissier, etc.) and provided descriptions for most of the species known by that time in both eastern and western hemispheres, as well as the keys for the species’ definition. Our research is based on it as well. The genus Lupinus L. was then for the first time divided into two subgenera: A. Eulupinus and B. Platycarpos (Ascherson and Graebner, 1906‒1910). This work was a starting point for our investigations (Kurlovich, 1989).

One of the main reasons of Lupinus taxonomic complexity is the difference between the numbers of species’ names and truly legitimate taxa, which vary widely from 200 to 1700 according to different authors. From the original six species published by Linnaeus (1753), the actual number has increased to a range between 200 to 1700 names published in different floristic and monographic works. Many authors have contributed descriptions of the species, but the majority of names are from the Signatures in Species Lupinorum (Smith, 1938‒1953) by C.P. Smith (1877‒1955). Smith made a big mess in lupin systematics caused by his description of different taxa, and it has not been disentangled till now.  Smith’s publications were coming forth beginning from 1917. During a number of years his studies were published in the bulletins of Botanical Torr. club under the title Studies in the genus Lupini (1918‒1924). The author described 56 new species and 33 new varieties. In 1925, Smith started to publish definitions of the species discovered by him in other periodicals. All these materials were united in his general monograph Species Lupinorum published in separate booklets from 1938 through 1953. They contained descriptions of different species from Mexico, North and South Americas, and also the Mediterranean, based of his study of herbarium materials and references. This research subsequently led to a real chaos in the systematics of lupin from the western hemisphere. In the first issue of his monographic work, Smith made a catalogue of the published names of lupin forms presented as species. There were more than 500 species (Smith, 1938). Since then this number has grown up and is still growing. A closer view on the materials of some species shows that there were dozens of synonyms. The latter circumstance has very strongly hindered the process of determining their exact names.

By now, the situation with the Old World’s lupin species has become clear enough. There are 11 or 12 species (Gladstones, 1974, 1998; Kurlovich, 2002). We have developed intraspecific classifications for some of them (Kurlovich and Stankevich, 1990). 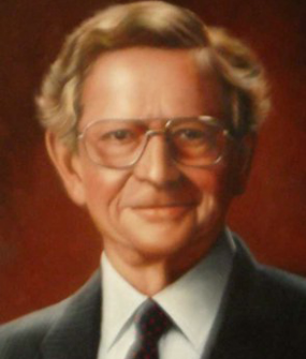 However, taxonomic analysis of the New World’ species is far from being complete. The genus Lupinus L. is still waiting for researchers who could find out the true number of species and their intraspecific taxa within this polymorphous genus, especially on the American continent. It will help to clear up many theoretical and practical problems. The steps to be taken towards this goal are (Planchuelo, 2013): identification of truly typical materials; selection of veritable diagnostic morphological characters for species identification; listing of correct synonyms for each validated species; and development of a morphological key to facilitate species identification. The following figure gives representation about complexity of the listed problems, as lupins are presented on the American continent by a huge biodiversity. 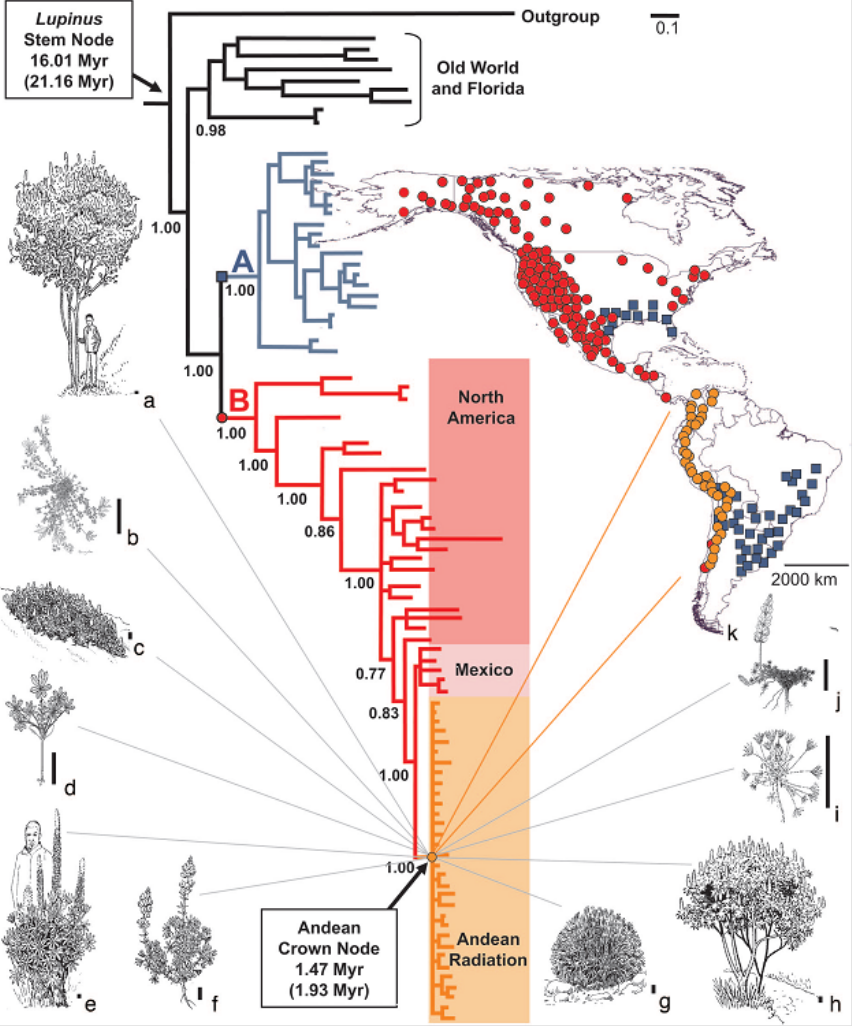 Phylogeny of Lupinus showing the distributions of the two major New World clades and the diversity life history characteristics of the Andean species. Reproduced from Hughes & Eastwood (2006).

It is possible to read a fuller review of the genus LUPINUS here. An overview of different lupin species can be obtained from WIKIPEDIA.