Effective utilization of plant genetic resources in plant breeding requires detailed information about different biological, physiological, biochemical and other properties of the collected accessions. Eco-geographic classification reflects regularities in the variability of these properties based on the specific nature of geographic, historical, ecological and agronomic conditions. It cannot replace the botanical classification of the species, which requires clear distinction of morphological characters observed in the herbarium materials, but supplements it. Both classifications taken together provide for purposeful and conscious utilization of plant genetic diversity in breeding practice, to which N.I. Vavilov (1965, 1997) repeatedly paid attention.

Each species has the radical (i.e. genetically determined and correlated) group of structural characters that may be observed in all its forms. The species is “... a flexible isolated complex morpho-physiological system linked in its genesis to a certain environment and area of distribution” (Vavilov, 1965, p. 248). Therefore, the species should be studied by morphological, physiological, biochemical, genetic and other methods.

The problem of Vavilov’s special attention and concern was ecological differentiation of the species. Many Linnaean species represent a complex system of ecotypes or climatypes. “An ecotype is a group of biotypes within one Linnaean species united by a series of constant hereditary characters and adapted to certain conditions of their habitat. It is quite natural that, differing in space and submitting to the effect of selection, the basic potential of the Linnaean species is to develop and isolate the groups of hereditary forms most closely corresponding to the given environments...” (Vavilov 1965, p. 245).  The researches on the ecological pattern of many dozens of species were widely conducted on his initiative. As a result, it became possible to reveal the regular nature of their variability within the limits of the areas of their distribution.

Much attention was devoted to the analysis of the species’ ecological pattern by Sinskaya (1969) and Agaev (1958, 1987).  Sinskaya assessed the species as a system of ecotypes.

We were guided in our research by Vavilov’s (1935, 1965) differential systematic and geographic method of analysing cultivated plants, which provided a possibility of targeted search for valuable breeding materials in various regions and solve the problems of phylogenesis, taxonomy and evolution. This enabled us not only to disclose the diversity of forms, but also to identify a series of regularities in their variation depending on the degree of cultivation, geographic environments and soil conditions.

We arranged the accessions of different origin with ecologically and geographically influenced differences in biological, physiological, bio­chemical and other properties into geotypes, eco-geographic groups of ecotypes, separate ecotypes and concultivars (varietal types). The accessions of each lupin species adapted to a definite and sufficiently vast habitat or geographic area of cultivation were grouped into geotypes, typical of the species with wide areas of distribution. Prof Agaev (1987) defined the term “geotype” as “a morphologically weakly differentiated but genetically determinate race that appeared in the composition of species as a result of their settlement and evolution”. This definition allowed us to develop a more detailed eco-geographical classification and outlined efficient ways of lupin genetic resources utilization in breeding.

Geotypes were divided into separate ecotypes or eco-geographic groups of ecotypes (when it was difficult to select sepa­rate ecotypes). Ecotypes are detected among plants adapted to specific niches in wild environments, e.g. mountains, littoral, vicinities of vil­lages or roadsides) or in agriculture (e.g. different local forms). Breeding varieties were classified into concultivars (varietal types) on the basis of similar biological and economic properties.

It is necessary to point out that the proposed eco-geographic classification is conditional. It has been developed on the basis of the materials available in the lupin collection held by the Vavilov Institute (about 2500 accessions). It is quite possible that it does not completely encompass all the existing diversity of lupin forms in nature and in culture. Besides, the ecotypes existing in natural environments are in the process of constant dynamic development. One of them would crop up and develop, but others tend to fade away because of the activity of man and other unfavourable factors. On the other hand, the humankind have already created many new cultivars of lupin for agricultural production. The breeding practice will be continued in future as well. With regard to these circumstances, such units of eco-geographic classification as ecotypes, concultivars, geotypes and others are less stable than taxonomic units. They should permanently be updated and perfected. However, they provide a better notion about the range of variability of the forms even at the given stage of analysis of genetic recourses and help to obtain a deeper insight in the potential of a definite species. Using them makes it possible to discover a number of regulations in the variability of characters within a definite species and devise particular ways of their use in breeding practice. 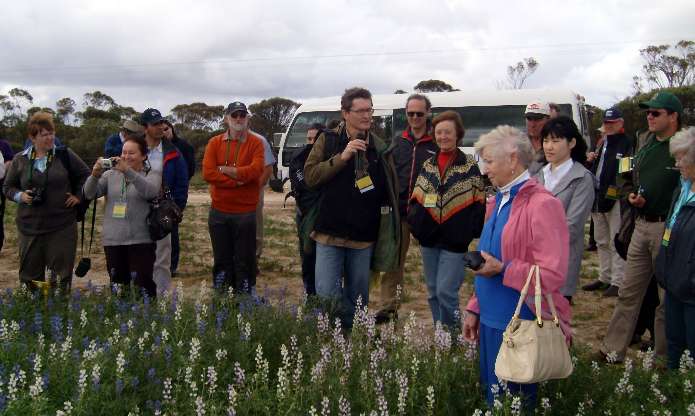